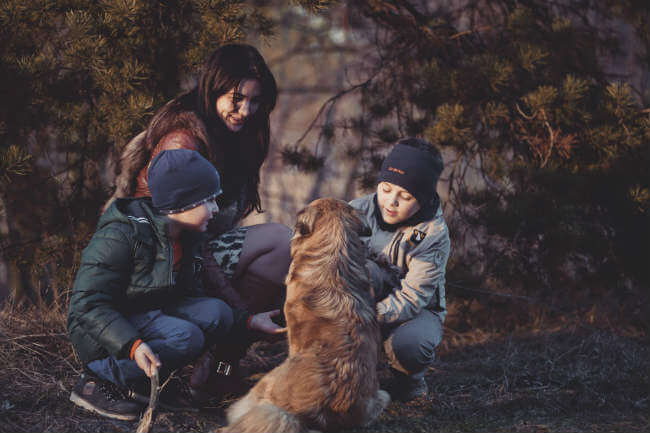 I love family movie night. I love the coziness and the blankets and the together of it all. It’s one thing I think we do well.

Last weekend, we decided to watch Miracles From Heaven. Because how can you go wrong with Jennifer Garner?

It’s based on a true story about Anna Beam, a little girl with a rare, incurable disorder that keeps her from digesting food. Her mom moves heaven and earth to get answers for her daughter’s symptoms, and her fierce mothering is relentless and awesome. They can’t find any answers, and they resolve that she’ll probably die from this, when it all changes in an instant. Anna falls three stories into a hollowed tree, sustains a life threatening head injury, and then she baffles her family with a) stories of her trip to heaven, and b) signs of recovery from her fatal illness. In the end, Anna isn’t surprised at all that she’s healed, because God said she would be when he talked with her. She had told him she only wanted to go back if she was cured, and he promised her she would be. And here she was, cured indeed.

I kept checking my own emotional barometer as we watched, checking to see how I felt about this story of miraculous healing. It generally doesn’t rest well with me, not because I don’t believe God can or would, but just that he didn’t do that for my family. But it appeared, as I continued to check the pulse of my own reaction, that enough time had passed. Enough healing has come. It’s not quite the tender wound it once was, this question about why God didn’t do that for us. I like the story he has written into our new chapter, so it doesn’t feel so white hot painful.

But I didn’t think about how this story would rest with my son.

The movie finished, we turned up the lights, and I said, “Well, that was a good movie.”

And my son said, “I’ve never been more angry in my life.”

Oh. Oh, I see what has happened. It’s a movie about miracles and healing, and he can see now that we didn’t get the miracle God could have given us that morning before the sun came up. We’re in a new place of learning and grieving and healing.

Okay, God. Go here with me. This is your territory.

Peter is so wise in situations like this, and he knows the boys feel a tension of having to protect his emotions while they process their own. After all, how can they miss their first dad if they’re thankful for the one they have now? It’s all so complicated, and he helps them navigate it by simply stepping back. He reminds them that their emotions are okay, his identify is secure, and they can feel how they feel and ask what they need. (And he often reminds them that he too would love to see his own dad again, given the choice.)

Just before he left the couch, Peter turned to me and said, “Help him to identify the difference between ‘angry’ and ‘confused.’” Brilliant advice, just what I needed. And then he exited stage left.

I said, “Buddy, you said you feel angry, but I wonder if you feel confused.”

“Yes. Yes! Confused! I feel angry and confused.  Mom, why did God heal her? Does he love her more than he loves my dad?”

God, show me what to say.

And so we forged our way into dark waters where you can’t see the bottom. He voiced his questions about why God heals some people and not others, particularly not our person.

He asked why God tests us.

I told him I don’t believe God tests us, but the world does.

He asked why, if God has already won the war, does he let Satan keep winning battles? I told him I think he’s giving the world time to believe him. I told him I think God has marked his calendar, and he’s going to show up to wrap this thing up when he’s ready. But the clock is ticking, and it won’t always be this way.

I promised him to always tell him what I know, and I asked him to be patient with me and with God when the answer is, “I don’t know.”

I told him that it’s in those gaps, in the space between questions and answers, where faith steps in.

I didn’t give him any answers he wanted. But I gave him what I had. He didn’t feel better, but he felt heard.

It’s one thing to battle my own faith crises. It’s a whole different something to trust God with my son’s faith crisis, to trust him to be enough.

But that’s where faith steps in.

This article originally appeared at TriciaLottWilliford.com, published with permission.

Tricia Williford
Tricia Lott Williford is a remarried widow, a writer, teacher, reader, and thinker, and the author of three books. Thousands of readers join her each morning as they sign online to read today's funny, poignant stories that capture the fleeting moments of life. She collects words, quotes, and bracelets, and she lives in Denver with her husband and two sons. You can get to know Tricia through her regular posts at tricialottwilliford.com.