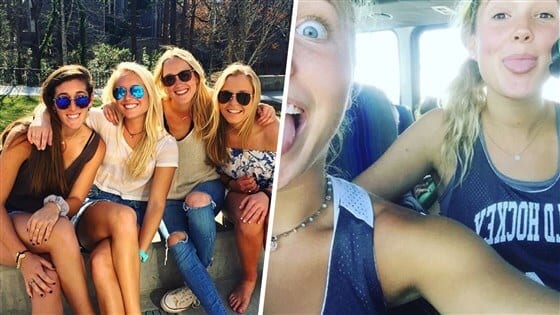 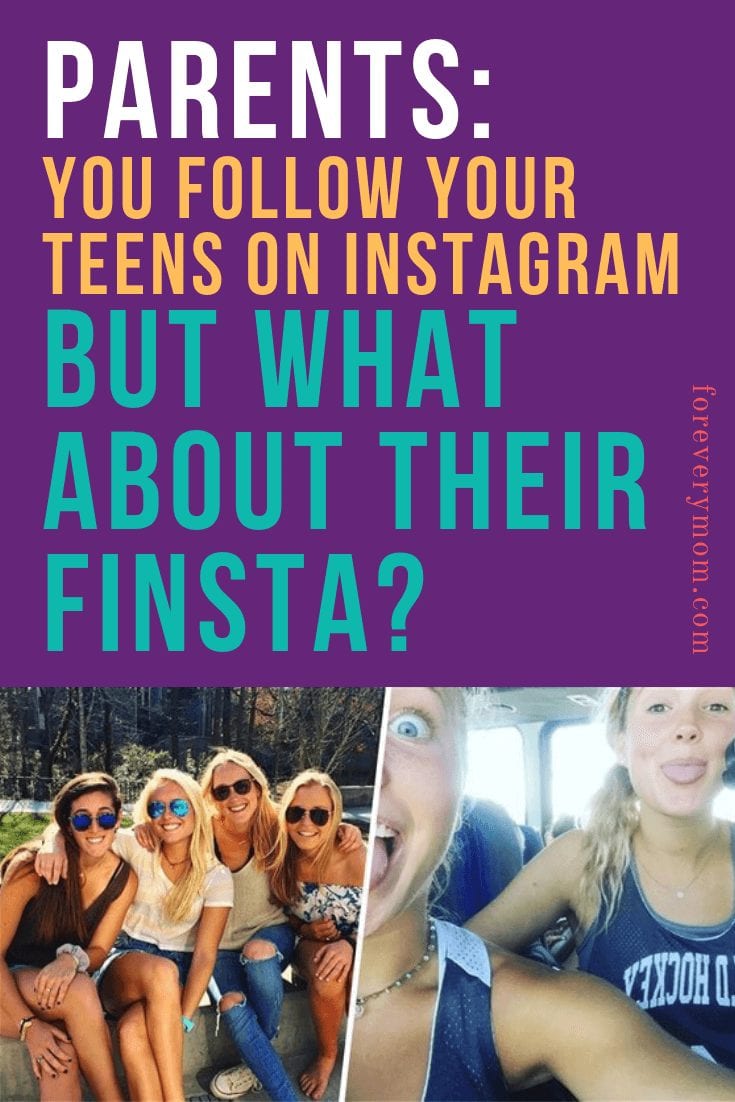 It’s no secret that our kids are living virtual lives on social platforms these days. In 2019, it’s almost impossible not to. But a new study shows that parents may be in the dark about one social media trend that teens are turning to in an effort to “keep it real” online without the watchful eye of mom and dad.

A study conducted by The Social Institute surveyed nearly 1,500 middle and high school students on their social media habits. According to researchers, 62 percent of teens said they use Instagram, while 58 percent are on Snapchat. And while texting was still the most popular way teens keep in touch with one another (used by 98 percent of those surveyed), Facebook usage was a mere 7 percent, meaning our kids are not using the platforms that we are.

Social media coach and founder of The Social Institute, Laura Tierney, says Facebook is like “the mall on a Friday night. If your parents show up, you won’t go near it.”

Otherwise known as a “Fake Insta,” a Finsta is an alternative Instagram account usually containing content that teens are trying to keep from their parents. The accounts are locked or set to private to be shown only to small groups of exclusive friends. And many have a more rebellious or silly side to them.

“My 18-year-old daughter, a college freshman, has used Instagram for years but doesn’t have a Finsta,” writes Kavita Varma-White, who discovered the world of Finsta after one of her daughter’s friends used her Finsta name in a comment. “I went to her page to find not only a different profile picture but a cheeky bio line, a mea culpa that says it all: ‘Sorry mom.’”

Varma-White says it’s obvious that kids are creating Fiestas to get away from their parents. She also has come to know that while the usage of a Finsta varies from teen-to-teen, the intention behind it is all the same: to show a different side of themselves, virtually.

And doesn’t that make sense? For most of our teens, their online/virtual presence is just as, if not more important than their physical one. It’s how they meet people, keep in touch with people, and show off who they “really are.” But for the same reason, Facebook is changing their algorithm every other day to be more “friendship-focused,” teens are making the same change in their own way on Facebook’s sister platform.

With so much pressure to have a visually-aesthetic Instagram with thousands of followers, teens are creating Finstas to show an exclusive group their “goofy”  or playful side.

Thirteen-year-old Gabby Walker of Flower Mound, Texas, says her Finsta is “lame” compared to some of her friends’ because she doesn’t post a lot and when she does, it’s just selfies with goofy poses and silly faces.

The idea is that because kids are so aware of how their virtual presence influences people’s perception of them, they post different parts of themselves for people to see.

[Seventeen]-year-old Katrina Vogel likens her Real Instagram, also called a ‘Rinsta,’ to that of a business card.

“If I meet someone once, on normal Instagram I will follow them right away. But I’d never give my Finsta the first time I meet them. They might see a funny picture and think, ‘This girl is crazy.’”

Our teens are doing the same thing. It’s human nature.

However, as innocent as some Finsta accounts may be, it’s still important to talk to your teens about the importance of social media safety behaviors. They should not accept follow-requests from anyone they don’t know — on their Rinsta or their Finsta. Teens should still be mindful of posting anything that could “come back to bite them,” or hurt their chances at opportunities in any way.

It’s naive to say “a college coach will Google you and learn all of your dirty secrets,” but it’s not a bad filter to use when deciding what to post and what not to post on social media.

Kids have to be smart when it comes to technology. Don’t be kept in the dark. Ask your teen about Finsta today, and make sure to equip them well for having a responsible online presence.

Previous articleSaying No — 10 Things Your Child is Not Entitled To
Next article20-Year Old Tells a Mom to ‘Shut That Thing Up’ When Baby Cries. Then HIS Dad Steps In…