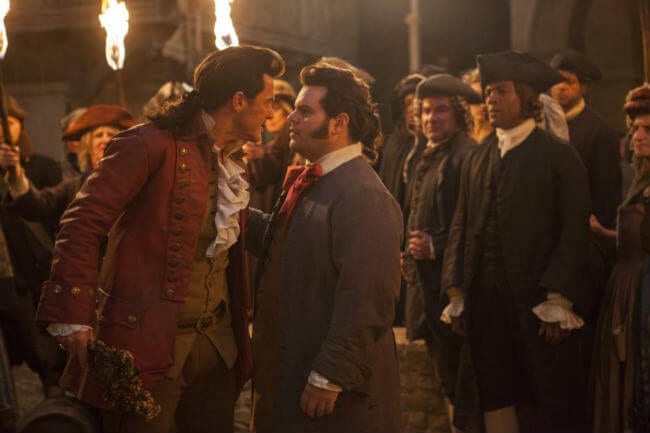 I Went to See Beauty and the Beast. Should You and Your Kids See It, Too?

It’s a tale as old as time. No, I’m not talking about Disney’s live-action version of “Beauty and the Beast,” I’m talking about non-Christian companies doing something that makes Christians mad and all of losing our minds over it. That old tale is happening more and more these days, and we keep perpetuating it.

The brouhaha surrounding the live-action version of Beauty and the Beast is a CLASSIC example. And I am totally guilty of buying into it. When I first heard that director Bill Condon was touting an “exclusively gay moment” in the movie, I was irritated. NOT because of the moment per se, but because this “moment” might force me to have a conversation with my child that I wasn’t yet ready to have, IF I let her see the movie. After all, no matter what you believe about homosexuality, it’s topic that at least skirts sex, and I don’t want the timing of that conversation to be forced. I want time to explain it to my child, how we view God’s design of and purpose for sex, and how no matter who you are attracted to, you are loved and cherished by God. I want to carefully and thoughtfully tell her how we treat people we don’t agree with with love and respect and how we hope they would do the same for us.

I don’t want to have to scramble and try to “come up with something” after I’ve been blindsided by a scene I wasn’t expecting in a family movie.

That was honestly my main objection. As Sara Wallace said, I should not have been surprised that Disney was pushing an agenda and adding a scene to normalize homosexual feelings to the movie. Why should I expect Disney to put my Christian beliefs into their movie?

My husband and I are big Beauty and the Beast fans, and the story is special to us as we saw the animated version in the theater when we were young teenagers. (Yes, we are THAT old.) So, I bought tickets as soon as they went on sale, long before Condon whipped up a frenzy with his “exclusively gay moment” talk.

And I went, this past Saturday, to see it.

You guys…I loved it. I think it was very well done, not over the top, but perfectly well done. The singing, the dancing, the cinematography, the acting…all FABULOUS.

And the “exclusively gay moment”?? It’s REALLY easy to miss. I was kind of mad that we had all gotten worked up over something so small. If I hadn’t known it was going to be in there, I MIGHT have merely raised an eyebrow. Smaller kids will totally miss it, and if older kids do notice it, and you’ve already had “the talk” with them, it’s a great way to have the discussion on homosexuality with your kids without exposing them to anything inappropriate.

Also? LeFou’s character may be same-sex attracted,  but he ends up being a good guy. Heterosexual Gaston? Totally evil. It’s a great chance to tell your kids not to judge the whole of a person on their sexual choices. It’s a good reminder that gay people are human beings, our friends and family even, and shouldn’t be demonized based on their same-sex attraction, no matter what we believe about the rightness or wrongness of it. (And also? Don’t let your kids see crap on movies and tv that is inappropriate and pat yourself on the back because it’s not gay. Inappropriate sexual actions and content is not limited to same-sex interactions.)

In short, I feel the director, Condon, blew this out of proportion and made it out to be more than it is — and got some great publicity for it.

Should you and your kids see this movie? Sure, if you want to. If you LIKE this kind of movie, go see it. I certainly enjoyed it, and I know my daughter did too. (She’s 10, and it all went over her head, but she’s right on the line of the age limit, I’d say.) If you need to have a conversation about it, with your kids, please do. If you don’t, then just enjoy.

The Bible tells us to be in the world, not of the world. That doesn’t exclude Christians from enjoying this tale as old as time, in my opinion. But as with everything, use discretion and be prepared to hold fast to what you know is true –and teach your children well.