I’ve been moving my son in and out of college dorms since 2017.

But I’ve been up for it. I’ve actually become quite good at it.

This college move-out, however, has been the hardest one of all.

It’s because this is my son’s last college move-out.

This time his bags and boxes won’t be sitting in my basement and den and front hall for the entire summer, waiting to be loaded back into the SUV come August.

This time his bags and boxes will come home for just a short while, until a moving truck comes to take them away. Take them away to my son’s new home across the country, thousands of miles away from us.

And now I’m realizing I should have enjoyed those college move-outs a little more.

Even though they were exhausting, sweaty ordeals.

The times when I knew my son and his stuff would be home for a long summer break. The times when I knew that the next college move-in would be followed by parents’ weekend and fall break and Thanksgiving and winter break and spring break. And then another summer move-out that would bring him and his bags and boxes back home to me.

Now there are no more bags and boxes for me to move.

And I will miss this time.

But I also know for sure my son is ready to do the heavy lifting on his own now.

He’s ready to move on. 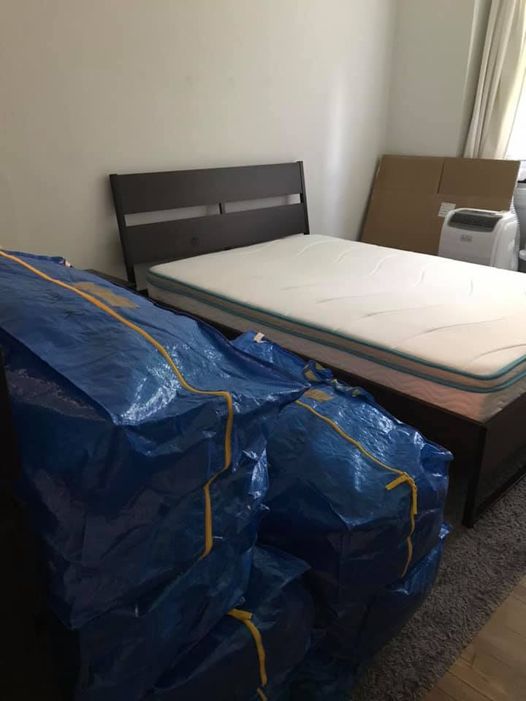 This piece originally appeared at No Sick Days For Mom, published with permission.

Cheryl Gottlieb Boxerhttps://cherylgottliebboxer.com/
Cheryl Gottlieb Boxer is the creator of the popular blog, No Sick Days For Mom, where she offers encouragement and support to moms muddling through marriage, motherhood, chronic illness and the empty nest. Cheryl resides in New Jersey where she micromanages her very tolerant husband, her geriatric cockapoo and her two mostly grown children. She can be found on Facebook and on Instagram.