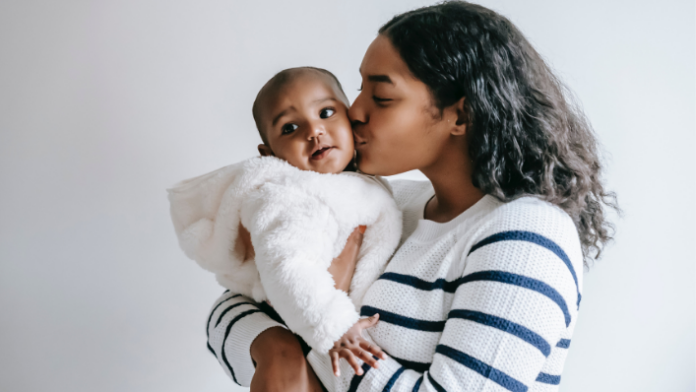 As Moms, We Only Get Tickets to The Show

I watched a TV show recently where a stage director, for health reasons, had to step aside and let someone else take over the play she had been working on. She slipped into the theater after the lights went down to watch the play’s debut performance. While no one on the stage or in the audience knew she was there, she quietly observed her life’s work being performed without her.

I thought about how well that describes the life of a mother.

We are center stage for many years. We not only direct the show but are in charge of costumes, make-up, lines, and pretty much everything it takes for the show to go on. And it does go on and on and on until one day the curtain falls for the last time.

This usually happens without us being aware of it, leaving us left listening to the echoes of voices long gone as we sit in an empty auditorium.

At that point, there’s quite the intermission. We still have a role to play, but it’s so different than before and certainly doesn’t take place on the stage. We’re still needed, but we no longer direct everything.

We’re still part of the play, but we don’t always get to see what’s going on behind the curtain. Deep in our hearts, we know a second act is coming.

As we age, our children age too; sometimes they get married and have babies. With the birth of that first grandchild, we find ourselves in a new role, a wonderful role, a role that’s nothing like the one we experienced in the first act.

We’re part of the audience now. We do get called on stage once in a while, but we’re no longer responsible for what goes on up there. And that’s how it should be because a play can’t have two directors.

We watch, from our seat, an encore of our first act. The players have changed, but a lot of the scenes are the same. Not all, but a lot. We find that it’s actually fun being in the audience.

We have time to slowly digest the scenes as they play out before us. Even though our job as the previous director puts us in the unique position of knowing the way the acts and scenes are going to flow together, we no longer feel the nervous energy of making sure everyone knows his lines, wears the right costume, puts on the right amount of make-up.

No, we enjoy the play from a distance, grateful for the times we are called on stage, glad to step back when we’re no longer needed.

In the TV show I watched, the director wanted to be backstage, but she was wise enough to know her time had come and gone. She had handed over the reins, something that happens to all of us. The smile on her face at the end of the show clearly let me know how her character was feeling. I’ve felt it too.

It’s bittersweet to know the curtain has gone down on that part of my life. My children are grown now, leaving me with memories as well as a new role, a role that doesn’t seem to require as much of me, but one that is still important. I no longer run around making sure everyone is in place.

When I was directing the play that was my life as a young mother, I rushed around wanting everything to be perfect. Now I rest and watch and enjoy the show of my adult children and grandchildren that’s playing out in front of me. And I’m grateful I have tickets to the show.

This piece originally appeared at SandyBrannan.com, published with permission.

Previous articleMom’s ‘SANTA Switch’ Initiative is Everything Your Family Needs This Christmas Season
Next articleWe’re Changing Our Family Traditions This Christmas. Here’s Why.

Sandy Brannanhttp://sandybrannan.com
Sandy Brannan, author of Becoming Invisible, So Much Stays Hidden, Masquerade, and Frozen in Time, teaches middle and high school English. A regular contributing writer for Calla Press, she also writes for The Real Deal of Parenting and Her View From Home. Sandy’s idea of a perfect day is one spent creating memories with her grandchildren. This usually includes coloring and reading a lot of books. You can read more of her work on her blog at sandybrannan.com. Sandy is also active on social media at facebook.com/sandybrannanauthor and instagram.com/sandybrannanauthor. You can follow her on Amazon at amazon.com/author.sandybrannan.