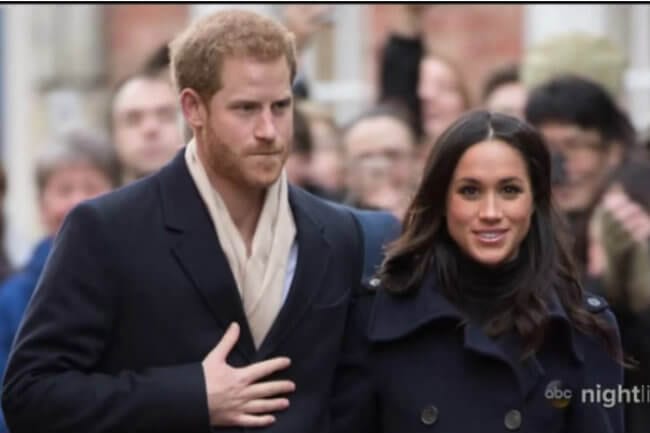 Should You Tell Your Daughter She’s a Princess?

A new royal wedding . . .happening this weekend! An AMERICAN actress becoming a princess? Come on, you’ve got to admit it’s intriguing. The glamour, the drama, the Royals. It’s hard to look away.

A few years ago we witnessed the birth of a new princess–a real, born-into-royalty, princess whom we will likely spend the next several decades admiring. Princess Charlotte. Even her name reeks with royal beauty.

But what about our little girls who sport tiaras and twirl in frilly dresses. Is it okay to teach them to be princesses? God’s little princesses? Or, do we sometimes forget what that really means . . .Here are some thoughts on the modern day princess movement and how Christian moms can redeem the princess concept for  their daughters.

What Does it Mean to Be a Princess?

My examination of the princess movement’s effectiveness reached a new level a few years ago when I took my daughter (age four at the time) to a Barbie Princess Tea Party. The promotional event was intended to excite the media over Mattel’s new princess product line. The party epitomized a little girl’s dream–pinked out in every way imaginable from gorgeous fuschia florals to pastel pink candy decorations. Amidst the tiny white tea cups and delectable girly treats, like mini chocolate eclairs and cupcakes piled high with frosting, were dozens of little girls–wannabe princesses–wearing dresses that flowed over the seats that held their little bottoms.

Seconds before the event began, I noticed a frazzled mother enter the room with her two young daughters. She apologized for not arriving earlier as the hostess showed them to the only vacant seats. The hostess explained that all of the free Barbie dolls had been taken but loudly suggested that another girl at the table could share from her dolls.

The trio sat down and the mom beside them looked across the table to her daughters, each hoarding six dolls. She leaned in and whispered, “Why don’t you give these girls one of your dolls?”

The one daughter responded, “No way. They are mine. We got here first.”

The second daughter nodded in agreement.

The mom looked to the late-comers and shrugged. “Sorry, they don’t want to share.”

Indignation flooded me. I noticed several other moms preparing to stand up and go give these girls a doll from their family’s stash. Just in time, before I participated in a near-riot, the hostess righted the injustice by pulling out some dolls from a back room.

This was only the first demonstration of girls behaving badly I witnessed that morning. Pushing, shoving, and an overuse of the word “mine” in the rush to the goodie-bag table almost left my preschooler trampled by the stampede.

The only thing royal about these little girls were their bad attitudes. Instead of grace and poise, these girls defined princess as “I know I’m important and that’s what matters.”

As I drove home that afternoon, I tried to wrap my head around whether or not teaching my daughter to be a princess was actually a good thing. Yes, I want her to know her value. And, yes, as a Christ-follower, she is a child of the King with full inheritance–technically, a princess.

But, the princess movement, as ushered in by Disney, Barbie, and even the church, doesn’t seem to make any real difference in the lives of our girls. How is it that a whole generation of crown-wearing toddlers grew up to struggle–at higher rates than ever before–with body image issues, anxiety, and depression? How can it be that thousands (if not hundreds of thousands) of little girls who once smiled at themselves as they twirled in the mirror, now find themselves in the throes of eating disorders or body dysmorphia?

Teaching Our Daughters What a True Princess Does

Do we need to turn away from all the princess propaganda? Is it time to reject the gowns and sashes and take down the “PRINCESS” signs from our daughter’s bedrooms?

I don’t think so.

Instead, we need to see where we’ve gotten the concept of princess all wrong.

The princess label that we’ve plastered all over our daughters feels like a self-esteem prank. One that covers them with sweet platitudes of their own greatness when they are little, but then lacks enough nutritional density to fill them up through high school. “You are a princess!” and an over-inflated sense of self holds little weight when other girls get mean and life gets hard.

The kind of princess we’ve encouraged our daughters to become is the wrong sort-of princess–one who acts more like a toddler-in-a-tiara than a confident queen-in-waiting.

The princess we’ve asked them to embrace revels in her ownreflection and thinks of herself before anyone else. She’s entitled, spoiled, and self-centered.

This is where we miss it. Narcissism is not what being a princess is about. At all.

The actual title of princess is bequeathed upon a young woman for one of two reasons. She is daughter of the King (or one who is in line for the throne) or she has married a prince. In either case, a princess isn’t royal because of her beauty, talents, or achievements.

A princess is only a princess because of her relationship with the sovereign.

And, that’s what being a princess is all about. The princess’ job, as a royal, is to serve at the mercy of the sovereign. Her life is devoted to service, not self-indulgence.

Princess Kate, the Duchess of Cambridge, participates in diplomatic events on behalf of the monarchy. She serves as they ask and instruct her to serve. Although she is gorgeous, stylish, looks amazing right after childbirth, and is by all accounts a wonderful lady, she’s not a royal because of her grace, beauty, or fashion sense. It’s her relationship to the throne that awards her that title.

While our modern twist on princess is inward in focus, build the girls’ self-esteem by telling her how intrinsically wonderful she is. God’s idea for the princess is quite different. The princess concept, the way the Bible intends it, is one of a daughter of the King finding her esteem in Him, not in herself. One who is fully dedicated in her service to Him and, as Proverbs 25:6 says, does “not exalt (herself) in the presence of the King.”

This amazing truth has great potential to start a princess movement that could actually be effective.

If we taught our little girls to turn their eyes up to the King to find their value, how much more confident would they be as they grow?

If we encourage our daughters to pay less attention to cultivating their inner princess (or trying to be just like their favorite Disney version) and, instead, to dedicate every aspect of their lives to the serving Jesus, would we still have a generation of girls fretting over getting the perfect selfie?

We don’t need more of our culture’s version of the princess. If we want to grow real royals, girls who are confident and secure through adulthood, we need to lead them to the true King.

This article originally appeared at ComparedtoWho.me.

Previous articleHere It Is! The ‘This Is Me’ Parody Moms Have Been Waiting For
Next articleHow to Have an Easy-Peasy Fun Night IN With Your Kids

Heather Creekmore
Heather Creekmore is a speaker, writer, mom and pastor's wife from Texas. She writes about her struggle with body image at Compared to Who and she would love for you to join her on Facebook as well.