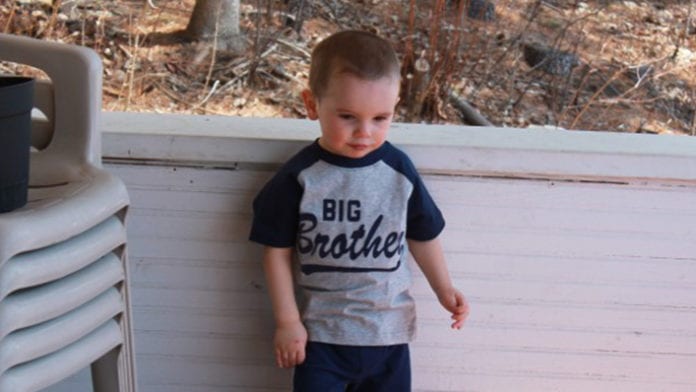 The ‘Big Brother’ Shirt That Broke My Heart

After trying for nearly two years to have our first child, we miraculously conceived our second in less than 3 months, after I had my IUD taken out.

I knew I was pregnant before the test came back with two dark purple lines. I felt the nausea swiftly and the exhaustion was not just from trying to keep up with our two-year-old son.

On Valentine’s Day 2015, I took the test that confirmed it, and made the appointment with my OBGYN.

All the right people were told. Grandmas started buying little outfits. My mom noted that it would be a, “Halloween baby,” with glee as she knew that was my favorite holiday.

We heard the heartbeat and started talking about names, “Let’s call her Kathryn. For short, Kat. Kat LeBoeuf, she will be a saxophone player,” my husband said jokingly in passing, but I’d already named her Bayley Frances in my heart. We’d call her Bay, like the character on “Separated at Birth,” and Frances was a family name from her daddy’s side.

I bought a shirt for our son to wear as I snapped pictures on our front porch on April 13th. It took 20 minutes for him to smile enough and to see the “Big Brother” words etched on the shirt I’d found at the store just a week prior. 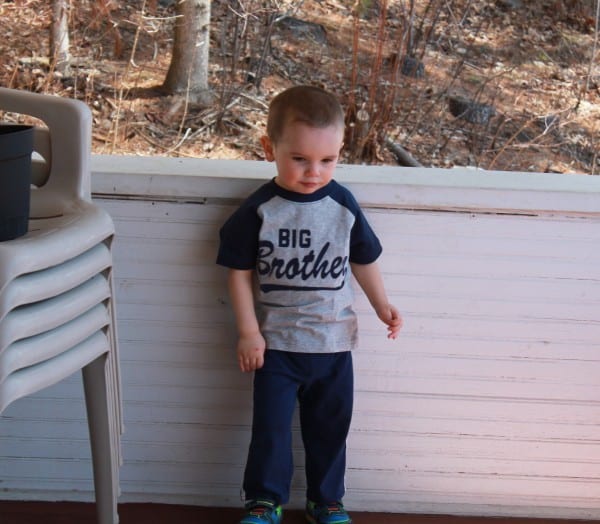 My oldest son wearing the big brother shirt that was to announce the impending arrival of our second child, that had already died without our knowledge.

I couldn’t wait to hit the 12 week “safe mark,” and post the announcement for all the world to see. I could already see the comments and the good will wishes. Though I didn’t care about being popular on Facebook, announcing a pregnancy to your friends and family is a joyous occasion, even on social media.

The pictures were loaded, the shirt was tucked away for our son to wear when his little brother or sister came home from the hospital that fall.

In reality, little “Bay” had been dead in my womb as I captured the images of her big brother smiling on that spring afternoon.

Later, I’d think about how sad it was that the shirt he was wearing wasn’t even true.

He was not going to be a big brother.

My dream of having two kids, 2.5 years apart, like me and my older sister, was not to come to fruition.

I’d get pregnant again later that year, but would lose that baby, too. By the time we welcomed our rainbow baby in January 2017, the gap would be 4 years. Though eternally grateful for both of our boys here with us, my heart will always be broken.

Whatever happened to that big brother shirt? Well, after having a second miscarriage, I had to get it out of my house. I felt like it was cursed for me. I gave it to a friend that was expecting her second for her own son to wear. Thankfully, her baby was born full-term and healthy.

By the time I was four months pregnant with our rainbow, I had to buy a new shirt for our 3 year old to wear. I finally got to post the exciting baby news, with the proud big brother wearing the shirt stating so, but a piece of my heart broke that day.

What about all the big brother or big sister shirts that never get to be worn?

The shirts that were bought with so much hope for a life that had just begun?

The mom or dad that snapped the photo of the older sibling wearing it, in a staged setup, but would be cherished for years to come after their new sibling arrived?

Even now, 5 years after I took that photo, and now have two healthy sons that run around and drive me crazy and who I love more than life itself, I still get sad.

It was a reminder of what we had lost. Not just once, but twice. My two babies….

These are the things miscarriage survivors carry with them. Every single day. So, the next time we don’t like or comment on your picture happily announcing your pregnancy, with your daughter wearing her big sister shirt, just know we are so very happy for you. But, that shirt reminds us of what we have lost, and it is truly heartbreaking and something that we never really get over.

Britt LeBoeufhttp://theseboysofmine.com
Britt is a married mother of two beautiful boys from upstate New York. You can find her first self-published novel, “Promises of Pineford” on Amazon and Lulu. You can also find her at These Boys of Mine by Britt LeBoeuf and on Facebook.. Her work can also be found on Scary Mommy, Her View From Home, That’s Inappropriate, Blunt MOMS, Today Parents, and Organized Mom.

More Than Miscarriage Statistics: I Carried the One