My husband is the strong one.

Physically, he’s the only one of us who can surfboard our toddler out of the park, while babywearing another and pushing a stroller without breaking a sweat.

There’s a reason why dads make that look effortless, because it is.

I sleep better at night, knowing he’s by my side.

He opens jars and kills spiders. Moves furniture and gets things from way up high.

And I’m grateful, not embarrassed.

I could squash my own bugs, but I don’t need to suffer to prove a point.

My husband is the strong one. 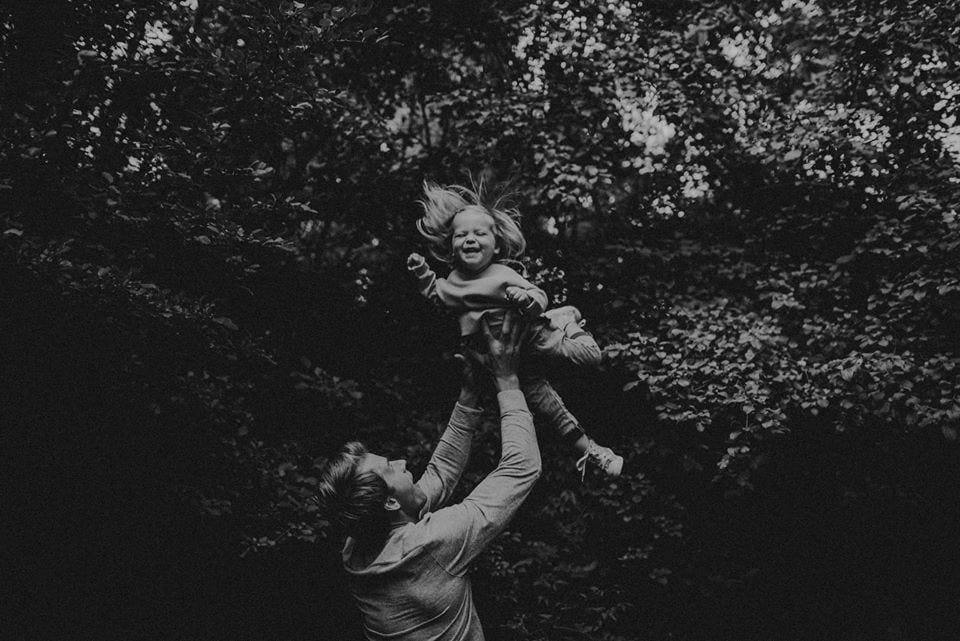 I depend on my husband. I rely on him.

You can throw the word traditional around like it’s an insult, but our marriage is equal in all the places it needs to be.

I could be my own hero, but it feels good to be married to one too.

This post originally appeared at I’m That Wife: Marriage & Motherhood, published with permission.

Previous articleMom Reveals the One Phrase That Gets Kids to Listen and Will Bring Peace to Your Home
Next articleDear Daughter: I Don’t Want You to Grow Up to Be ‘Whatever You Want to Be’

Scarlett Longstreethttps://www.imthatwife.com/
Scarlett Longstreet is a bartender turned stay-at-home mom. She lives in metro Detroit with her husband and three daughters, including twins. She writes about marriage and motherhood at I'm That Wife. Her work has been featured on Fox 2 Detroit, Her View From Home, and TODAY Parenting Team. To see more from her follow her on Facebook, Instagram, and Twitter.