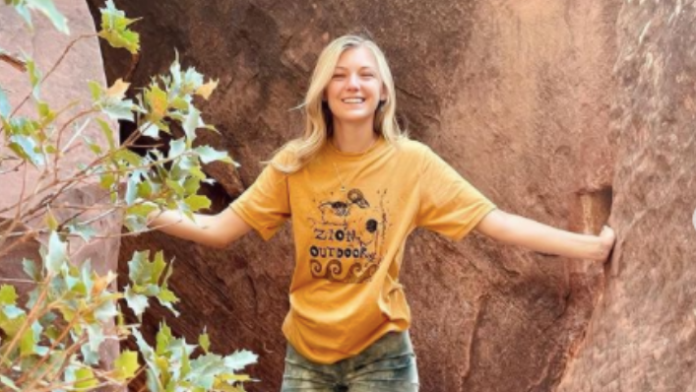 Why the Gabby Petito Case Hits So Hard

Do you know why the Gabby Petito case hits so hard?

Because most girls have felt unsafe with someone they thought they could trust.

Because most girls have found themselves in a sketchy situation before they even realized it.

Because most girls can look back and think about a time…or two…or MORE when they, themselves, could’ve easily fallen victim to someone who’s a ticking time bomb.

I don’t know the whole story.

There are girls like Gabby everyday, who stay, whether by choice or by force.

“But he would never.”

As we mourn for her life and pray for her loved ones, please let this be a reminder that you don’t have to stay. In fact, you NEED to get out if you feel unsafe. It will not get better.

Did you know that women are more likely to die at the hands of their partner than by anyone?

Did you know that 4,000 die each year in the U.S. alone by their boyfriend, fiancé, or husband?

When I talk to other women, I’ve found that most of us have an experience that could have too easily ended in a similar situation. That’s why this case struck a chord around the world, as we hoped and prayed we were wrong in our assumptions.

Love and prayers going out to her family. The only way I know to honor her is to share her story.

And sending all the love & courage to leave to those who are sitting right smack dab in the messy middle of an unhealthy relationship.

Do you know why the Gabby Petito case hits so hard?

Because most girls have felt unsafe with someone they thought they…

Previous articleI Refuse to be My Kids’ Fun Coordinator — And You Should Too, Mama
Next article36 Things I Learned After My Sister Was Murdered by Her Husband

Whitney Ballardhttps://whitneyballard.com/
I’m Whitney—a teen mom turned storyteller, writing about all things unplanned and unexpected. You can find me in small town Alabama with my hardworking railroad hubby and two wild boys.