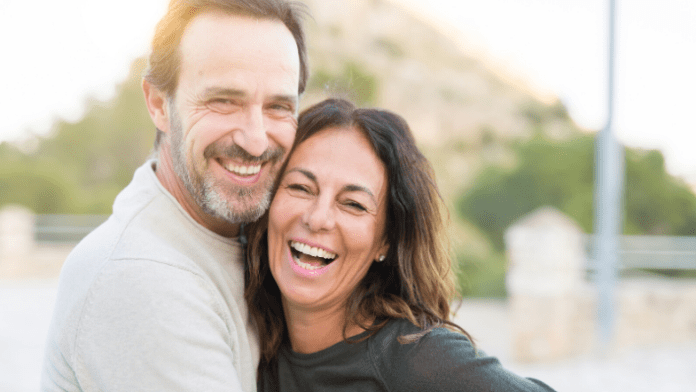 Creating A Fulfilling Marriage In An Empty Nest 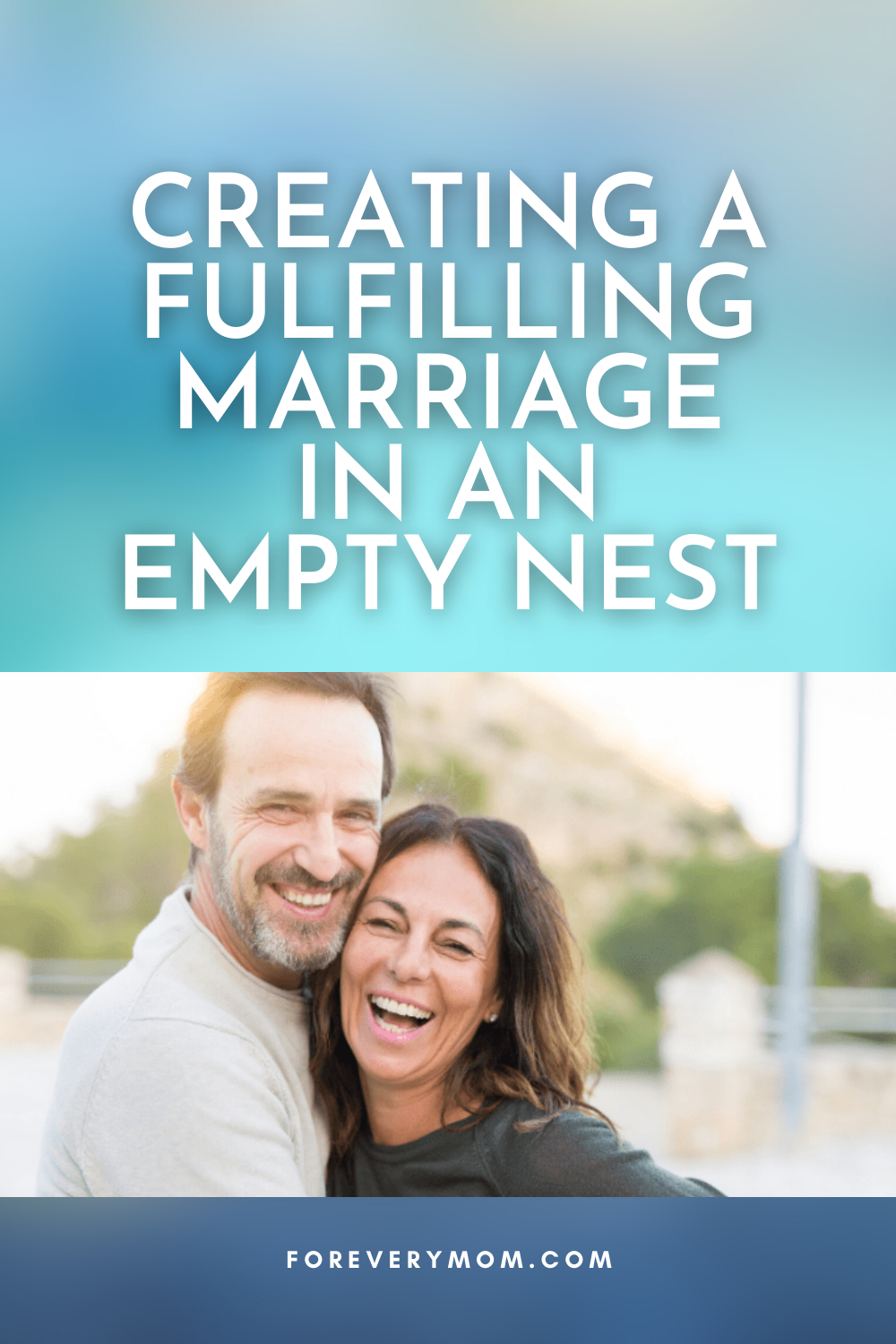 After the marathon of child-rearing, it’s time to turn toward your spouse and nurture the bond you share. If the marriage is solid after all these years, you can focus on the two of you. You can look forward to navigating this transition with novelty, fun, and a sense of adventure.

There’s never been a better time to be an empty nester: Most parents today are experiencing a renaissance in their relationship when their kids leave, says Berkeley psychology professor Robert W. Levenson, who has been conducting an ongoing study of baby boomers and their parents since 1989.

His research shows that baby boomers who are together with their spouses after the kids leave are finding their connection gets stronger and “they are reminded of the reason they got married in the first place. . . . This is a chance to go back and rediscover that person who got pushed aside.”

The quality of your connection to your mate is a huge predictor of how happy you will be in life. More so than smoking or being overweight, it also affects how long you will live. An unhappy marriage can do more damage to your sense of self than other relationships can. We might not choose our parents, siblings, or kids, but we do choose our mates—and if we’re not happy in those relationships, it can be devastating.

Having fun together is vital to the health of a marriage. Just ask Elizabeth Rubin, a relationship therapist who has counseled couples for forty years and is on the clinical faculty of the Department of Psychiatry at the Yale School of Medicine.

When couples appear in her office, she immediately asks them about the “f-word,” and they assume she is referring to their sex life. After an awkward silence, she tells them she is talking about fun. “When is the last time you had fun together?” she asks.

Fun can lead to intimacy, a reflection of strong emotional connection. “Emotional and sexual intimacy are both an essential part of any marriage,” Rubin says. “When sex is good, it’s 10 percent of the relationship. When sex is bad, or not happening, it’s 90 percent of the relationship.” When you find yourself in the empty nest, you should try to resurrect the intimacy you once had or make a mutual decision to recreate the warmth that has been missing. Rubin also recommends that you “approach the world with curiosity and don’t let your fears determine your decisions.”

You might take a trip to a new place or go on double dates with another couple. It need not be expensive or time-consuming: You can wander together through a new part of the city, learn to cook an ethnic cuisine, go bowling, or practice the tango. If you strive to broaden your own horizons, the energy it creates will make you more attractive to your partner. There’s nothing sexier or more magnetic than having “a strong sense of self, a lack of dependence, and a willingness to be engaged in the world,” Rubin says.

You can reignite the spark in your empty-nest marriage by sending better signals to your spouse. This is particularly important after the kids leave because as many as two-thirds of parents experience a marriage downturn during child-rearing years, according to the Gottman Institute, a Seattle-based couples counseling and research center known as the Love Lab.

Relationships often strain when couples develop kid-centric marriages that revolve around jam-packed schedules and kids’ interests, leaving little time for the romantic partner. Many couples turn away from each other because they are weary and stretched in too many directions. They no longer make or respond effectively to what Donald Cole, clinical director and master trainer with the Gottman Institute, calls “bids” for attention.

Strong couples turn toward each other, making frequent bids, such as asking how the other is feeling, Cole says. For instance, a husband who hears a song on the radio might say something about it to his wife, inviting her to interact. According to Cole, she might “turn toward the bid,” engaging in conversation about the song. However, she also might turn against his bid, saying, “You play stupid music,” or keeping her eyes on the road and ignoring him, Cole says.

Successful couples turn toward each other and make bids for connection in 86 percent of their interactions, while failing couples turn toward each other just 33 percent of the time, according to John Gottman, co-founder of the institute that bears his name. If the husband reaches out and his wife rebuffs him, he will fear rejection and be less likely to try to connect the next time. But if she responds nicely, he is more likely to engage her on other topics. Says Cole: “Bids lead to more bids, while turning away leads to more turning away.” When couples start blowing off each other’s bids, they enter a negative cycle that spirals downward.

While empty-nesters may have had fun and positive interactions with each other during activities like high school dance recitals and football games, the connection revolved around the kids. In overly child-centered marriages, “You pull the kid out and now there’s nothing,” Cole says. “You can’t wish away the downward spiral by force of will. That would be like saying you are going to be in shape physically without doing what the in-shape people do,” such as exercising and changing diet.

You Have To Work For It

“If you want to have a positive marriage or relationship, you have to do the things that successful people do in this regard,” Cole says. “You can’t wait until you feel close, that’s an illusion.” Many empty nesters need to actively repair their relationships, especially if they haven’t taken time to maintain them, he says.

Cole recommends finding “hundreds of little ways to connect,” such as talking about your day in positive ways or scheduling a weekly date. Cole and his wife Carrie, also a therapist, created a Friday ritual they call lupper. They meet at 2 p.m. for the lunch/ supper combo, starting the weekend together before the children get home. And each morning, Cole gets up first to feed the kids. Then he takes scrambled eggs or yogurt and fruit to Carrie in the bedroom, cracking the same joke each day. She answers daily with the same response and they watch the news and eat breakfast together.

One morning when he entered the room, she skipped her usual line and said “thanks” instead, disrupting the ritual. Cole asked if she was upset and learned that he had inadvertently blown her off earlier, coming across as dismissive. Cole realized there was a problem and apologized. The willingness to use such corrective behavior is the biggest predictor of relationship success, he says. 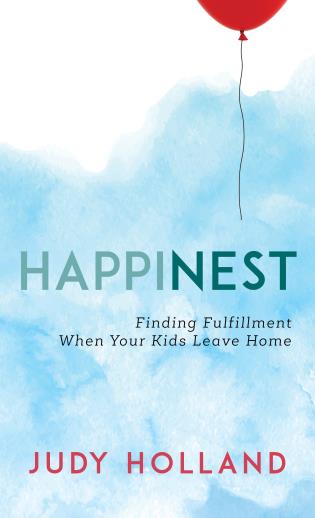 Excerpt from the book Happinest: Finding Fulfillment When Your Kids Leave Home by Judy Holland – Foreword by Linda Wertheimer. Used by permission of the publisher Rowman & Littlefield. All rights reserved.

Previous articleWelcome to Motherhood. You Belong Here.
Next articleMiscarriage and the 12-Week Rule

Judy Hollandhttps://judyhollandauthor.com/
Author Judy Holland has been a journalist for more than 30 years, including in the Washington Bureau of Hearst Newspapers as national editor and Capitol Hill correspondent, where she prepared stories for 600 newspapers over The New York Times wire. In HappiNest: Finding Fulfillment When Your Kids Leave Home, Holland (also host of the HappiNest podcast) shares wisdom from more than 300 interviews and the latest research to help empty nesters live with greater purpose, meaning, and joy, in what can be the most fulfilling life phase.