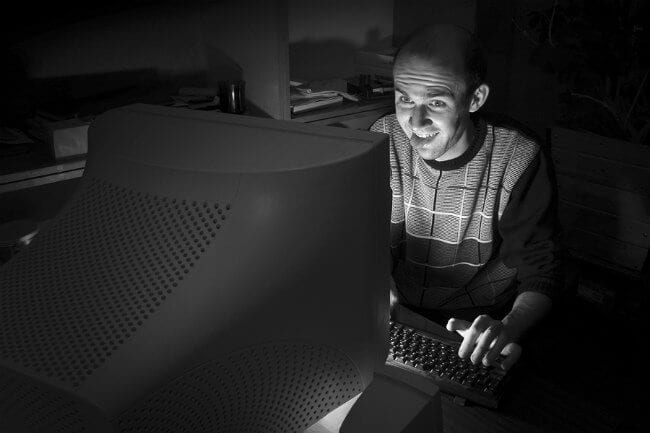 The state of New Jersey announced yesterday that it had completed a huge sting of child sex predators, resulting in twenty-four arrests. In their article covering the announcement, NJ.com says Attorney General Gurbir Grewal “warned the public that people looking to take advantage of young teens and children have more options to do so than ever due to the ever-developing landscape of internet communication.”

“It is a frightening reality that sexual predators are lurking on social media, ready to strike if they find a child who is vulnerable,” he added, describing how the suspects, all men, and including a police sergeant, had approached their prey. The sting operation was put into action by detectives with New Jersey State Police’s Internet Crimes Against Children Task Force who were posing as 14 and 15-year-old boys and girls.

Attorney General Grewal said the alleged child predators were communicating through apps like Kik, Wishbone, Tumblr and even video games like Fortnite, Minecraft and Discord. Since the video game Fortnite is so explosively popular with young children and has a chat feature, parents should be especially concerned.

“It’s critical that parents talk to their children about social media and chat apps to let them know that the people they encounter may not be who they initially seemed to be,” Attorney General Grewal added.

This successful sting operation and many others like it around the country are just further proof that child sexual predators are relentless, devious, and always on the lookout for new ways to lure underage children into having sex with them. Moms and dads, please note that even a police sergeant with 20 years on the force was arrested in this sting. NJ.com reports that Sgt. Richard Conte, 47, responded to an ad placed by a task force detective pretending to be a 15-year-old girl on Doublelist, a Craigslist-like site, which said, “Down at my shore house for the week…looking to meet new friends!”

Conte told the detective/girl that he was 19 and that they should move their conversation to the popular Kik app. He had also told the “girl” to say that she was 18 rather than 15, and said that when they met up he wanted to “get naked.” He showed up to the meeting, thinking he would find a teenage girl, and was arrested shortly thereafter—with condoms in his pocket.

The moral of this extremely sad story? Parents need to very closely monitor their children’s online activity, including video games and apps. Even seemingly harmless apps that have a chat feature are a danger, because like Conte, grown adults can easily make fake accounts and pose as teenagers to lure your child into a meeting. If your child has a smart phone or social media accounts, I highly recommend the parental monitoring app Bark, which will easily catch any suspicious conversations that might be occurring between your child and a stranger, and send a screenshot directly to your phone.

Although I wish our children lived in a world where they could play online video games like Fortnite without having to worry about dangerous unrelated side effects, that is simply not the case. The only way our children can use the Internet, social media, and apps safely is if we closely monitor them. Moms and dads, like it or not this is our job, and our kids’ lives and health may depend upon us doing it well.