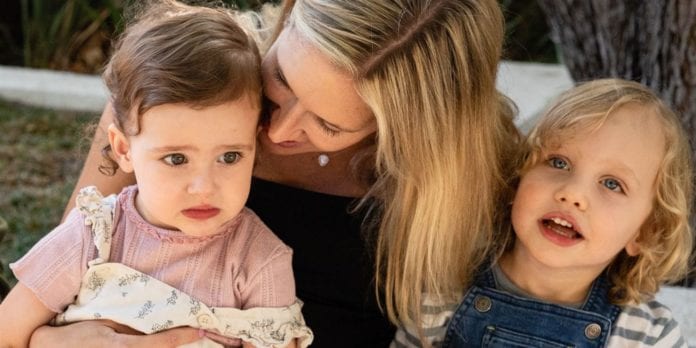 Author: Victoria “Tori” Thain Gioia is the co-CEO and co-founder of Perelel, the first OB/GYN-founded wellness company that offers women dynamic prenatal vitamins and supplements, resources and community tailored to the varying stages of motherhood. She is also a mom of three.

I was wearing my favorite black maternity dress while my husband cruised through some of his weakest dad jokes for the technician at our 20 week scan. She was kind enough to politely laugh along until she stopped. In an instant, both her eyes and demeanor shifted, and it became clear that we were no longer in a safe bubble of strong heartbeats and good measurements. An hour later, I was sitting in the parking garage trying to piece together words that I’d heard but couldn’t quite wrap my head around such as cleft and surgery and deformity and viability. While I’m pretty sure the rest of the world kept turning, I can promise you that time stood still for me that day.

I’ve been pregnant five times and only had one “all clear” 20 week scan. Twice, we didn’t make it that far, and once I was told my daughter had a facial deformity that would require at least one surgery. There wasn’t a blog I hadn’t read, a book I hadn’t earmarked or conversation I hadn’t had to prepare to be a mom, but that all can go out the window pretty quickly. As hard as hearing that initial diagnosis was, the inability to know exactly what came next was worse. I couldn’t see my daughter, I just knew that she was growing inside of me, and it was maybe somehow my fault that she wasn’t what would be considered medically perfect.

My mom used to say there is nothing worse than seeing your own child in pain, and in the earliest moments of learning my daughter would be born with a cleft lip, all I could think about was the pain to which she would be subjected. As awful as her surgeries would be, I was brought to tears more times than I can recall fearing the psychological harm that might befall a little girl predisposed to self-esteem issues from birth. In our post-Instagram world, the social media induced pressures are already scary enough for little girls, and it’s naive to think I’ll ever be able to fully prepare her for the potential lingering glance or innocuous question that makes her feel different.

Pregnancy is exciting, hard, complex, and at times, heartbreaking. But then again, it’s part of motherhood, so I suppose it couldn’t be anything else. It’s not a happy movie montage with a late 20s protagonist, effortless model looks, rushing to a bathroom in her perfectly manicured office for a tidy puke before the camera cuts to a smiling couple at an ultrasound and then a neat puddle of broken water and a healthy, quiet baby. I’ve seen more than 33 movies, and maybe my sample set is off, but it contradicts the fact that 1 in 33 babies in the US are born with a birth defect.

Our daughter is a beautiful and sassy toddler. She has spent a grand total of 0 seconds in her life not being the most perfect little girl on this planet. But when she was two weeks old, on Valentine’s Day, at 7:08am, I handed her off to a surgeon and nurse who were about to put her under general anesthesia for a multi-hour procedure. While we were blessed with the greatest care imaginable from the Children’s Hospital of Los Angeles, each and every second was torture. Somewhere in the same building I inhabited, my daughter, who fourteen days prior was literally a part of me, was undergoing surgery. I will never be able to express enough thanks to the amazing people who treated my daughter as if she were their own that day, and I’m grateful to have had access to such phenomenal care.

Following the surgery, one massive milestone was crossed, but plenty remained. Nights were filled with my husband and I suctioning her nostrils to prevent her nasal stents from clogging as well as scar massaging treatments. (Don’t let the word massage fool you.) The internal struggle of whether or not to painfully massage her scar after suctioning despite her escalating cries isn’t something I’d thought to Google before I found myself in that exact situation night after night.

On one of those nights I remember thinking back to a conversation I had with Dr Mary D’Alton, both a close friend and world-class OB/GYN, after our first loss. She told me every milestone begets another, and each is packed with equal parts of joy and terror. At every step, you just want what’s best for your child. From that positive pee-stick test, through the first ultrasound, the 20 week scan, birth, hospital discharge, day one at home, month one, and on and on: the worry doesn’t stop. In fact, Dr D’Alton said don’t expect it to stop when your kids are in their 30s and they have their own kids — just ask my mom. It comes with the territory. The motherhood journey has moments of unbridled optimism offset by lows of complete despair and everything in between. Despite a very helpful husband, I couldn’t help but feel alone at times. It’s you and the baby, and for those first 40 weeks, the baby isn’t saying much, just kicks and flutters, especially throughout the night. Then I met Alex. 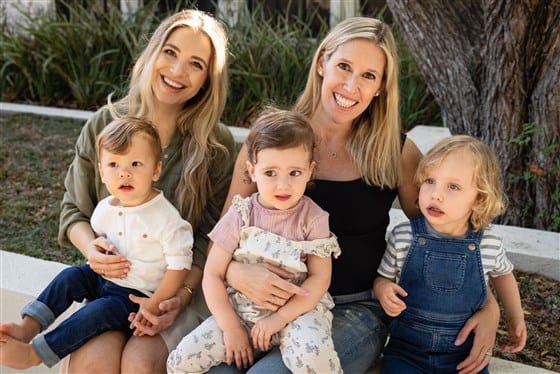 Alex knew exactly what the roller coaster of becoming a mother was like, and she had been through her own ups, downs and sideways. We immediately bonded as two moms who wanted to do our tiny part in building a brand for expecting mothers in search of answers, resources and people who just get it. With my OB/GYN, Dr Banafsheh Bayati, I learned that my daughter’s type of cleft was associated with a folic acid deficiency, and despite taking what I believed was the best prenatal available, it’s possible I hadn’t done enough. It’s useless to think back with “coulda” and “shoulda”, but in partnering with Alex and Dr. Bayati, our goal is to remove even just 1% of the unknowns and fears associated with becoming a mom.

We’ll never make it easy, but it’s our aim to make whatever difference we can in this journey by supporting women along the way.

Victoria Thain Gioiahttps://perelelhealth.com/
Author: Victoria “Tori” Thain Gioia is the co-CEO and co-founder of Perelel, the first OB/GYN-founded wellness company that offers women dynamic prenatal vitamins and supplements, resources and community tailored to the varying stages of motherhood. She is also a mom of three.